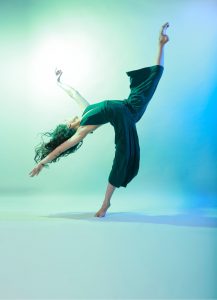 Kendra Brulé began her training at the age of 7 with Vanessa Plettell Dance. By the age of 10, Kendra danced on one of the most prestigious stages in Canada, The National Arts Center, performing with The Alberta Ballet Company in The Nutcracker. She completed her ADAPT Jazz/Tap exams and RAD Advanced 1 vocational/graded ballet exams by the age of 15, receiving Highly Commended Plus and Distinction awards. She has been a highly competitive dancer ever since, travelling across the US and Canada attending Break The Floor Production Conventions, receiving Jump VIP Winner, Nuvo Breakout Artist Winner and 24/7 Non-Stop Dancer Winner scholarships along with many others. Through her success displayed at these conventions, Kendra was personally invited to attend Stacey Tookey’s The Protégé Movement mentorship program, in both NYC and Calgary where her love for TV/Film also began. In 2017, Kendra was also awarded Stacey Tookey’s 1st Runner-up of her 2Minute Audition Contest, receiving thousands of votes online. She later went on to perform at several WE Day events, dancing backup for Shawn Hook, Paula Abdul and social media star Lilly Singh at Canada 150, live from Parliament Hill. Kendra was named Fever Dance Championships, 2018 Face of Fever, being the face of their brand the whole year. In 2019, she had the honour of being OPSM Pro Dance’s Drive to Succeed Winner, chosen by NBC’s World of Dance Runner-Up Michael Dameski, Mykell Wilson and Deirdre Barnes to receive an all-inclusive trip to Los Angeles to further her dance education. Later that year, Kendra began to dive into the world of choreography, teaching workshops and setting multiple pieces on the students of Vanessa Plettell Dance, specializing primarily in commercial, jazz funk, contemporary and lyrical. Watching her students grow throughout the season, learning different technical abilities and widening their quality of movement has been something she is so proud to witness, being a guest choreographer for the studio. With a passion for the commercial industry, Kendra continuously ventures out to Los Angeles, where she’s trained under the artistic direction of Janelle Ginestra and Willdabeast Adams as a company member of their well renowned IMMABEAST and IMMABREATHEco. She continues to further her dance training with some of the world’s most famous studios such as Millennium Dance Complex, The PlaygroundLA and TMillyTV training with industry leading choreographers.  At now 20 years old, Kendra plans to continue to pursue her dreams of working in entertainment, continue setting choreography on her students, along with venturing into the world of acting for TV/Film. 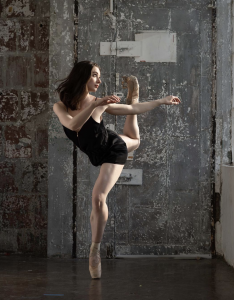 Holly LaRoche started her training at age 3 at the Vanessa Plettell School of Dance, and benefitted from the support and aid of the staff for 11 years. At age 14 she moved to Calgary, Alberta to train with the School of Alberta Ballet, before joining the Joffrey Ballet Concert Group in New York City at age 18. She has toured internationally and performed ballet, contemporary and modern pieces by choreographers such as George Balanchine, Robert Joffrey, Desmond Richardson, Robert Battle, and Crystal Pite. She is currently working towards a degree in NYU Tisch’s undergraduate dance program and exploring all the art both NYU and NYC have to offer.

“I couldn’t have gotten to where I am today without the foundation and love of dance that you taught me. Thank you Vanessa!” 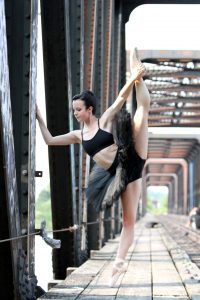 Kerrie began dancing at the age of three in Ottawa Ontario, where she studied various forms of dance including ballet, jazz and tap. Pursuing her great passion for ballet, she continued her training at The School of Dance and Vanessa Plettell Dance, as well as at Canada’s National Ballet School in their Professional Program. Kerrie is a graduate of the National Ballet School’s elite Teacher Training Program and holds accreditations with the Royal Academy of Dance and the Imperial Society of Teachers of Dancing. During her career, Kerrie has performed at many local events, and has also had the opportunity to perform with the National Ballet of Canada, Canada’s Royal Winnipeg Ballet and Russia’s Kirov Ballet. 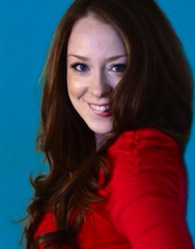 Aimee danced with the Vanessa Plettell School of Dance for 11 years. In her last three years with the school, Aimee was a member of the Le Jazz Hot Dance Company and performed in many shows across Ottawa.

From there, she moved to New York City to pursue a career in the performing arts and studied musical theatre at the American Musical and Dramatic Academy. After graduation, she performed at the Gateway Playhouse in the Ensemble of Sugar (u/s lead – Elizabeth Stanley, Broadway‟s Company, Cry Baby, Million Dollar Quartet) and Gentleman Prefer Blondes (u/s Mrs. Spoffard), played Mrs. Beauregarde in Charlie and the Chocolate Factory and was a featured dancer in Ensemble of their Christmas Spectacular for two productions. Aimee continued her studies at The New School University and graduated with a BFA in Musical Theatre.

Joanna Hughes began her dance training at the age of 4, and by the time she was 9 years, she appeared on one of the most prestigious stages in Canada, The National Arts Center performing with Les Grands Ballets Canadiens in the Nutcracker. Joanna completed her advanced ballet exams at the age of 17 with distinction. Although ballet was her foundation, Joanna also studied Jazz dance at Le Jazz Hot (now Vanessa Plettell Dance) as well as Jazz, Modern and Hip Hop at Alvin Ailey American Dance Theatre, Broadway Dance Center and Steps in New York City. Joanna now is continuing to dance and choreograph with her own dance company in New York City, which she started in 2007. She also has her own television show known as Beauty On A Budget NYC currently running on Time Warner Cable in NY on the Fashion News Network, channel 180.

VPD has been nominated for the 2023 Faces Magazine Ottawa Awards!

Vote for us under the Music & Art category every day until February 15th!